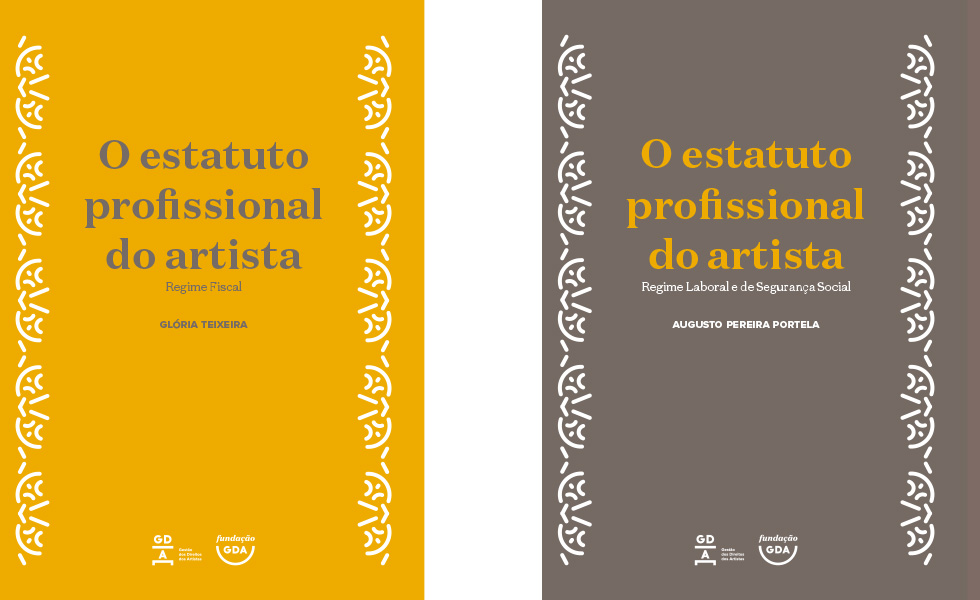 The last four decades have witnessed a cyclical onslaught of anguish, doubts and insecurities from an artistic class that has also been cyclically remanded to precariousness, uncertainty and even a certain degree of marginality.

The State and the Legislator, urged by the vindications of cultural agents and their related professions, have indeed sporadically sought to placate demands. However, we, as Portuguese citizens contentious of our pulsating culture, have not yet attained an either dispersed or aggregated legislation, mostly due to the lack of an integrated and interdisciplinary vision of the cultural, political, social, labour and economic dimensions of a professional dimension with obvious specificities. With the present publication, the GDA Foundation proposes a gesture of reflexion on the current internal and communal reality, and the first stone for the edification of a desirable group congregating State — culture, labour, social security, taxation and economy — and Performers, production structures, employers and agents or intermediaries.

Essentially focussed on the missions that arise from the collective management of the intellectual property of Featured and Non-featured performers, it does not fall upon the GDA or its Foundation to assume any type of protagonism in this process. Instead, its contribution lies in providing the broadest possible group of partners and the study, knowledge and means to achieve the goal – either of the current state of the art, or of what may come to enhance this craft – in the expectation that it is possible to motivate essential dialogue for the creation of a specific, adequate and just legislation, as well as a comprehensive Professional Study of Performers in Portugal.

Pedro Wallenstein
President of the Administration Board of Fundação GDA